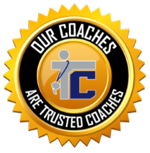 Team pages contain rosters, practice/game schedules, team news and more. Be sure to check back often for updates and announcements.

Teams are formed via an "Equidraft" system. Equidraft is an evaluation and selection process where the objective is to create teams that have an equal distribution of player talent. During the first two days of practice, all players are evaluated on several different football related skills. Each player is assigned a rating and made part of a single talent pool for each grade level. After the second practice coaches distribute players among teams so that each team has comparably rated players. Each coach actively participates in both the evaluation process and selection process. The Equidraft system allows for each coach to select their own child for the team they will be coaching for the upcoming season. These selections are factored into the Equidraft selection process prior to the assignment of players to rosters. Requests to be placed on a specific team are not allowed.